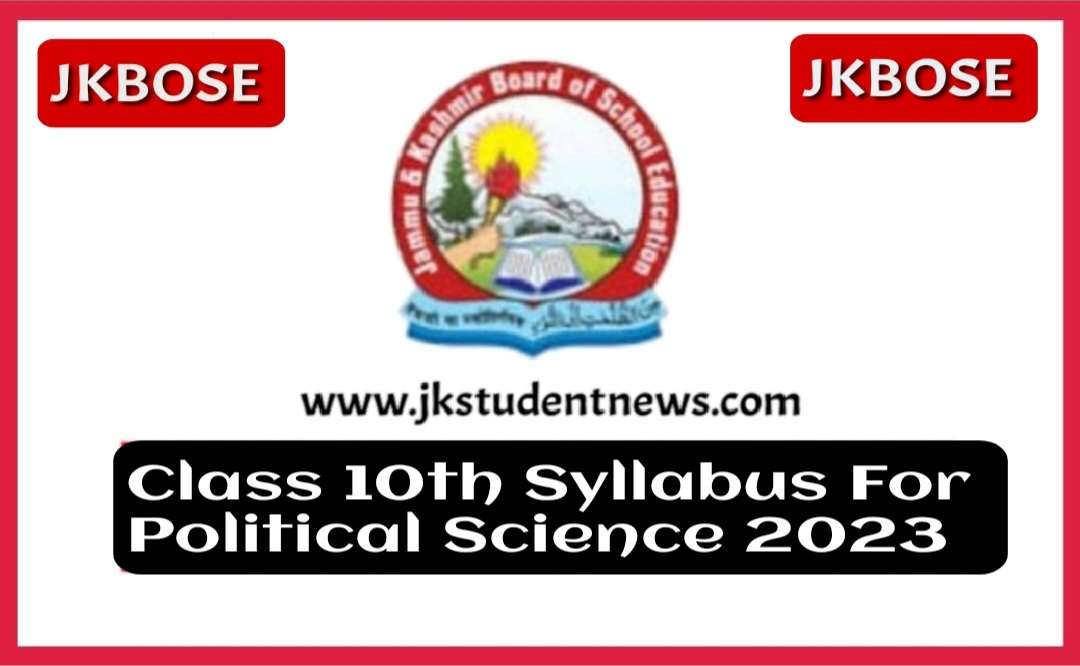 Jammu and Kashmir State Board Of School Education

Who made our constitution? How did the country’s partition affect the working of the

constitution assembly? What were the sources of constitutions? 4 marks

2. Fundamental Rights: Why do we need for a bill of rights in the constitution? What are

the fundamental rights provided by the constitution? Why was the right of the property

removed from fundamental rights? How have the interpretation by the courts influenced

liberties movement in India? What are the fundamental Duties? 6 Marks

3. System of representational democracy: What are the different methods of election?

How do these methods affect parties and politics? Why was the post system chosen in

India? What have been the effects of this system? Why is there a system of reserved

seats? What are the provisions to ensure free and fair elections? What does the Election

forms of government? Why does the parliamentary system need a constitutional head?

How are the Prime Minister and the Chief Ministers elected? What are the formal and

real powers of the President of India? What are the powers of Prime Minister or the Chief

Ministers and the Council of Ministers? What are the powers of the Governor?

Atmosphere – compositions and structure, elements of weather and climate: Why does the Parliament of India have two

Houses? How are the parliament and the state Assembles constituted? What are the 3

powers of the Rajya Sabha and Lok Sabha? How are the laws passed? How the executive

is made accountable? What are the constitutional means to prevent defection?

6. Judiciary: What is the rule of law? Why do we need an independent judiciary? What

are the provisions that ensure the independence of judiciary in India? How are judges

appointed? What are the powers of the Supreme Court and the High Courts? How do they

use their powers for public interest?

7. Federalism: What is Federalism? How does federalism ensure accommodation of

constitution strengthen the centre? Why are there special provision for some states and

8. Local Government: Why do we need decentralization of powers? What has been the

status of local government in the constitution? What are the basic features of rural and

urban local governments? Why has been the effect of giving constitutional status to local

9. Political philosophy underlying the constitution: What are the core provisions of the

constitution? What are the visions underlying these core provisions? How are these

10.Constitution as a living document: How has the constitution changed since it inception?

What further changes are being debated? What has the working of democracy done to

11.Introduction to Political Theory: What is Politics? Do we find politics in seemingly non-

political domain? Can political argument be resolved through reasoning? Why do we need

12.Freedom: Why is freedom? What are reasonable constrains on individual liberty? How

13.Equality: Do all differences involve inequality? Does equality simply saneness? What are

the major forms of inequality? How can equality be realized? 5 Marks

14.Social Justice: Is justice all about fairness? What is the relationship between justice
and equality? What are the different forms of injustice? In which ways can justice be
secured? 5 marks

15.Rights: How is a right different from any claim? What are the major kinds of right claims?

How do we resolve a conflict between individual and community rights? How does the
state enable and obstruct rights? 6 Marks
16.Citizenship: Who is a citizen? What are relevant grounds for inclusion and exclusion?
How are new claims to citizenship negotiated? Can we have a global citizenship?

17.Nationalism: How are the boundaries of a nation defined? Must every nation have a
state? What demands can a nation make of its citizens? What is the basis of the right to
self-determination?

18.Secularism:: What is secularism? Which domains of life does it relate to? What is a secular
state? Why do we need secular state in modern life? Is secularism suitable for India?

6 Marks
19.Peace: What is peace? Does peace always require non-violence? Under what conditions
is war justified? Can armament promote global peace?

4 Marks
20.Development: What is development? Is there a universally accepted model of
development? How to balance the claims of present generation with claims of future
generation?