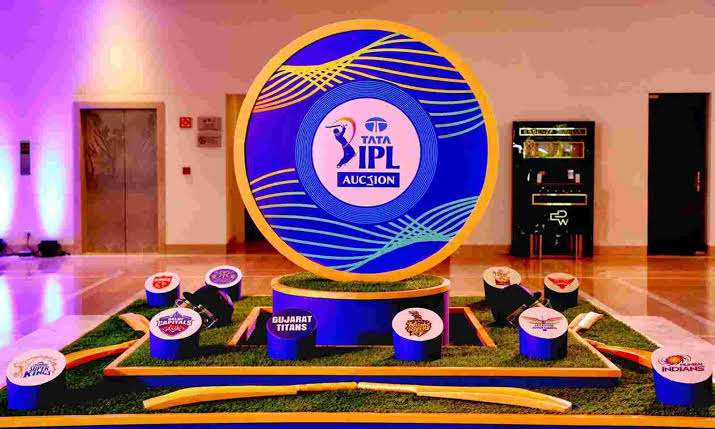 21 J&K cricketers to go under hammer in IPL auction

Srinagar, Dec 19: As many as 21 J&K cricketers are included in the next IPL Auction 2023, thanks to the success of bowler Umran Malik, who has drawn attention from Indian Premier League (IPL) franchises.

The IPL 2023 players auction is scheduled to be held in Kochi on December 23 with as many as 405 cricketers from all over the World to go under the hammer.

Initially, a total of 369 players were shortlisted by 10 teams from the initial list of 991 players. Thirty-six additional players were requested by teams, which have been added to the final list which makes a total of 405 players which will be presented at the IPL 2023 Auction.

For J&K cricket the final list of players who are set to go under the hammer has brought in a big surprise. The list includes 21 cricketers from J&K which is the highest ever. It is a major surprise for everyone but the main reason for this change is pointed out as the emergence of Umran Malik who has taken the cricket World by storm. Malik has represented India in ODI and T20I. He is known for his extreme pace and has brought in renewed focus towards J&K players, particularly pacers. Among the shortlisted players around 14 are pacers.

Shubham Khajuria, the right-hand batter who was J&K’s top run-getter in both Syed Mushtaq Ali and Vijay Hazare Trophy, is on serial 32 while Vivrant Sharma, the talented left-hander all-rounder, is on serial 41.

Young pacer Waseem Bashir was called by six IPL franchises for trials but he could only attend two. The talented all-rounder from Bandipora Nasir Lone attended trials of two franchisee sides.

Wicket-keeper batter Fazil Rashid also appeared in trials of a couple of franchises. Apart from them, Sharukh Dar attended trials of Delhi Capitals and Basit Bashir of Mumbai Indians.

Rasikh Salam who last season played for Kolkata Knight Riders in IPL 2022 also figures in the auction list after being released by KKR. He has been nursing an injury and hasn’t played any cricket for J&K recently as well. Former J&K skipper and India player Parvez Rasool who was recently dropped from the J&K side doesn’t figure in the list.

“It is obvious that teams have been focusing on J&K talent after the emergence of Umran Malik and to some extent Abdul Samad. The list includes 14 pacers which point out what teams want. The extreme pace rare commodity and that is why Umran is such a hot property in the World of Cricket,” said a former J&K pacer

“With so many J&K players in the list, it is likely that we will see few of them getting sold during the auction. There are a couple of young pacers apart from seasoned batters who could attract buyers. Rasikh Salam who is nursing injured and has played for Mumbai Indians and KKR can also attract buyers if he is fit,” the former cricketer added