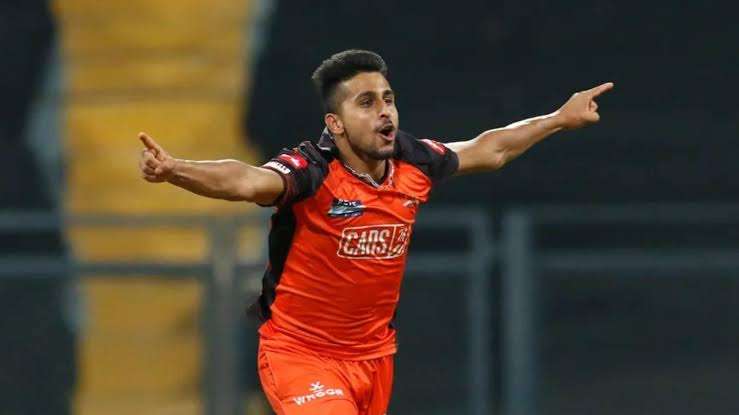 T20I India vs Sri Lanka: As India vs Sri Lanka T20I match came to an end with a close victory for the Men in Blue, Indian team bowler Umran Malik stole the show with his stellar performance in the last over bowled by him, taking the wicket of Sri Lankan batsman Dasun Shanaka.

Umran Malik got praise from all over the cricket fraternity as he ended up clocking a speed of 155 kmph on the ball which claimed the wicket of Dasun Shanaka, bringing the Indian cricket team close to victory in the match against Sri Lanka.

After his stellar performance against Sri Lanka stole the show at the beginning of the series, netizens were left swooning over Umran Malik’s performance and the final ball which claimed Shanaka’s wicket and proved to be a turning point for India in the match.

The nail biting finish to the India vs Sri Lanka match was grabbed by Axar Patel. Axar Patel was picked by Pandya as a surprise choice to bowl the last over. The spinner was dispatched for a six on the third ball by Karunaratne but then his partner Ranjitha was run out

Umran Malik Fastest Ball: In a massive news update, India’s young pace sensation Umran Malik clocked an astonishing bowling speed of 155 kmph to dismiss Sri Lankan captain Dasun Shanaka at a crucial juncture in the first T20I game against Sri Lanka being played at the Wankhede Stadium in Mumbai. After having delivered some really good match-winning performances in the last year’s edition of the Indian Premier League (IPL 2022), Umran has also bowled with rocketing pace in international cricket as well.

Sri Lankan captain Dasun Shanaka was playing an absolute blinder of a knock of 45 runs off just 27 balls but the India’s fast bowler Umran Malik bowled a staggering delivery of 155 kmph bowling speed to take the prized scalp as Yuzvendra Chahal took a brilliant catch over extra cover region. He was hitting a bowling speed around the 146 to 150 mark on regular basis in the India vs Sri Lanka 1st T20I game on Tuesday which also fetched him the crucial wicket of Lankan batsman Charith Asalanka. Umran also clocked more than 150 kmph during the previous ODI series against Bangladesh as well.

In the end, Umran Malik finished with impressive figures of 2 for 27 from his quota of four overs and also played a crucial role in India’s incredible 2-run victory over Sri Lanka in the first T20I game.