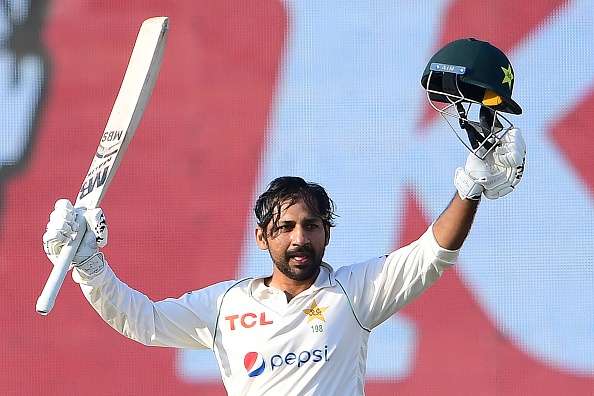 Pakistan were on the verge of a defeat in the second Test in Karachi but Sarfaraz’s knock of 118 in the fourth innings helped the hosts to eke out a draw in a dramatic final day’s play.

Sarfaraz deservedly earned the Player of the Series award and he is now garnering praise from the fans, former cricketers and teammates alike.

On the eve of the ODI series opener against New Zealand, Pakistan skipper Babar Azam addressed a press conference, where he praised Sarfaraz’s perseverance but also added that he does not regret the latter’s time away from the Pakistan team.

“I have said this in earlier press conferences too that the way Sarfaraz Ahmed has waited, did not lose his courage, did his training, wicketkeeping, batting with full dedication, he waited and executed his plans. The way he batted in difficult situations and got the team out of tough situations. That’s the sign of a senior player and such players get you out of difficult times with different innings, It was a dream comeback for him,” said Babar in reply to a question from the journalist whether he has any regrets of not having Sarfaraz in the team

When insisted again by the reporter, the Pakistan captain replied, “No, I don’t have any regrets.”

Babar Azam was also asked about media reports suggesting that he was not consulted when PCB’s new selection panel, led by Shahid Afridi, decided to name Shan Masood as the vice-captain.

“See, I believe we cannot talk about any one individual. Anybody can be part of the playing XI. I have not seen the wicket, Our main aim will be to play the best playing XI and win this series,” he stated

The skipper was further asked about him and the new chief selector Shahid Afridi not on the same page and Babar Azam responded by saying that the captain and coach always consult with the selectors.