Causes And Preventions Of Suicide

Don’t compare your life to others. There’s no comparison between the sun and the moon, they shine when it’s their time
(Maulana Rumi)

Surprisingly, despite such clear descriptions of suicide in all religions , it has become very common in our society today. Problems and worries have certainly increased in the society but a person should seek help from them and face them with courage and not discouragement to end his life and make the survivors suffer more. 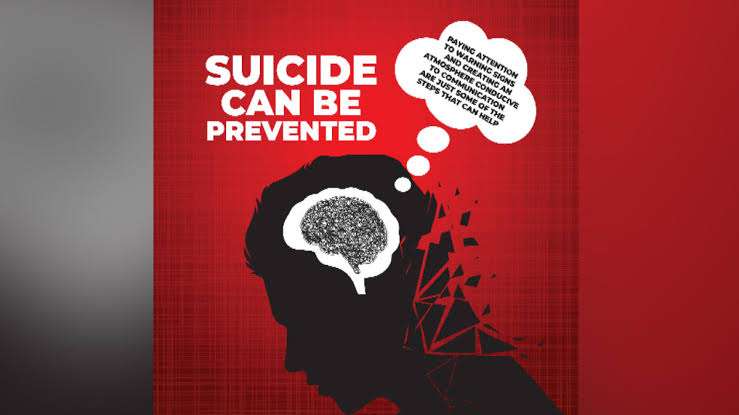 Mental concentration is essential for achieving high success in any endeavor. Nature has given man amazing power in the form of mind, man can make up for his shortcomings by using the brain.

Negative thoughts always arise in the human mind as a reaction, people with immature minds shout when such a situation arises hence they make wrong decisions, and people having a mature mind, when people have such a situation, they adapt to it, so that their life journey can continue without any hindrance.

Be grateful for every second of every day that you get to spend with the people you love. Life is so precious, there is no need to be perfect to inspire others let people get inspired by how you deal with your imperfections remember don’t compare your life to others. There’s no comparison between the sun and the moon, they shine when it’s their time”

Every religion forbids praying for death, so how is it possible for a person to allow suicide after suffering from hardships, illness and so on, If a person commits suicide, he commits a forbidden act and his punishment will be severe. The Prophet PBUH said: associating partners with Almighty, disobeying one’s parents, killing one’s soul and swearing falsely among the major sins in islam

Suicide is a way out of adversity. This world is a place of test, every time and at every destination, a person comes across new problems and the only person who succeeds in this is the one who copes with all kinds of worries and reaches the final destination of life. The person who loses patience. in hardships and difficulties and ends his life in haste and impatience is reprehensible because Later, his second life (life after death) was about to begin, he would confuse his eternal life with his own deeds. In this second life too, the same person will prosper and enjoy it, who proved to be a servant of Almighty even in the most critical moments in this world, and he stood by it till the last breath of life. That is why Islam has made this world an appendage to the next world to come. The good or bad deeds done here will be rewarded in the next life. Suicide is also a wrong and undesirable act. Which will ruin man’s hereafter

According to Allama Iqbal the great poet and philosopher

“All the conditions of man in this world are of hardship, even food and drink and all other activities are not free from hardship. But Allah Almighty has given man such power and strength that he overcomes these hardships and not that hardships overwhelm man. Not only Allah’s dealings with the suicidal person will be painful, but such people have no place in the world and its bad consequences will affect its family and loved ones and the matter of ridicule with their family members. He also loses the sympathy of the society. The one who committed suicide is gone, but no one will commit this forbidden act if it is estimated how much harm is done to his friends by this wrong action of his. That is why when Prophet heard that a Muslim had committed suicide, he became angry and said that he would not offer his funeral prayers.

Prophet said, “Your body has a right over you and your eyes have a right over you.” The Prophet’s command clearly urges the protection of one’s body and soul and all its organs and the fulfillment of their rights. You have committed a horrible and forbidden act like suicide. Prophet said that he will go to hell, fall into it forever and stay there forever. If a person puts the moral principles of religion in his mind, he can easily tolerate the hardships and sufferings of a lifetime, and thus he cannot commit suicide, nor can a patient suffering from incurable and severe pain Can invite death

Some causes of suicide

The causes of suicide are not easy to calculate because human thinking varies from individual to individual but in the society were we live become aquaint about the everyday suicide cases and the causes of these suicides if we take them as reasons then some causes of suicide are mentioned like
1.Stress in the marital life of the parents affects the minds of the children which in turn leads to suicide. Parents have a responsibility to play their part in the development of the child and to resolve their personal disputes amicably.
2.The grief of employment The highly educated youth, hoping for government jobs and the desire for a good post, do not shy away from saying goodbye to life when they are constantly failing …. No work is small or big. Don’t waste your time looking for jobs but look for employment opportunities in the private sector or start your own small business. You can avail many government schemes in this regard.

3.Laziness there are many people in the society who want luxury without work and when they do not get this life, they also suffer from mental illness and commit suicide. Parents need hard work on their children. Create from childhood not to pamper them so much that they become lager and become a burden on society.
4.Lack of Academic Counseling: Some children are quick to choose subjects and streams after 10th grade and when they do not succeed or are not interested in those streams ahead, they become mentally challenged and make suicide their subject.
There is a great lack of counseling in Kashmir. Parents do not think about which subjects the student chooses according to the need of the time and do not consult the subject counselors. It is imposed on the children so that they can maintain their false ego in their family and close friends and in some cases it is the children who force the parents to make wrong decisions. Only a good subject counselor can guide both cases. .
5.Drug Abuse Today, Kashmir has become a state of drug addiction. A good number of young people are addicted to smoking, alcohol and other drugs . They end their lives by committing suicide or suffering from deadly diseases. Parents have a responsibility to keep an eye on their children and hold them accountable when giving and receiving cash so that they can use the money in the right place and keep track of which friends the children have with their children. It’s a duty of society and parents to Provide an environment free from obscenity, shamelessness, oppression, murder, unjust bloodshed, bribery and wrongdoing.

6.Lack of Spiritual and Moral Education :- Every religion teaches us same truth and same goal no religion allows you to do wrong deeds, in this materialistic world where spiritual and moral education was not considered as foundation’s of character and spirit, thus when a person If one does not follow moral and religious principles, then one’s mental structure is weak. If one is not acquainted with consciousness and moral values, then such a person is more likely to fall prey to superstitions and the chances of suicide in such a person. Are more common

Presently world is suffering from corona virus pandemic disease since from Dec 2019 already 16.9 Cr people loss their lives and a large number of people from all over the world are facing from livelihood as the economies is on the brink of collapse. The means of livelihood have also been severely affected. People are suffering from anxiety, which has led to an increase in the suicide rate it has become imperative to set up a counseling center for people suffering from this condition so that people’s negative thinking can be turned into positive thinking as it is negative thinking that paves the way for suicide.

If moral and spiritual teachings are common in today’s society, the tendency to commit suicide can be reduced. Today, our society is in turmoil and there is a world of narcissism everywhere, due to which distressed people are committing sins like suicide out of frustration. We should not despair of Allah’s mercy at all and our rulers should also end inflation, unemployment and terrorism so that people do not waste their precious lives by committing suicide. Remember two things prevent us from happiness living in the past and observing others life have different ways of getting back at you learn to fight back to know your worth.

“Being negative only makes a journey more difficult. You may be given a cactus, but you don’t have to sit on it ”
(Joyce Meyer)

May Allah keep us safe and sound.
The Author is a Motivational
Speaker/ Weekly ‘Education
Quill’ Associate Editor Working
as Sr. Edp head at DD Target
PMT Kashmir the Reputed institute For Medical/JEE /Foundation, coaching classes
and can be reached at [email protected]