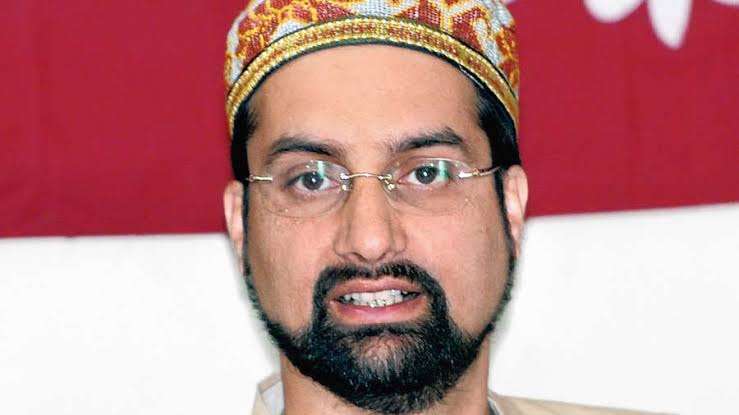 Srinagar, Jan 13 (KNO): Anjuman Auqaf Jama Masjid Srinagar Friday expressed its deep regret that its head and the top religious leader of Kashmir, Mirwaiz Dr Moulvi Muhammad Umar Farooq continues to be under detention for the past three and a half years.

As a result of this detention, he is unable to perform his official duties as the Mirwaiz-e-Kashmir, Auqaf said in a statement issued to the news agency—Kashmir News Observer (KNO).

Auqaf said that due to such action by the administration, the centuries-old mimbar-o-mihrab of the historical central Jama Masjid Srinagar continue to be silent for the last three and a half years and the people yearn to see the grand mosque reverberate with the sermons of their beloved leader Mirwaiz-e-Kashmir. “However, the authorities are unmoved despite the repeated calls by the Anjuman and people from all walks of life to release Mirwaiz Umar Farooq.”

Anjuman said this behavior of the authorities is tantamount to interfering in religious matters and is seriously hurting the religious sentiments of the people, and this is evoking serious condemnation from all sections of society, while the people continue to express serious concern over the prolonged detention of their leader.

“Today is the 177th consecutive Jummah while Mirwaiz Umar Farooq has been forcibly prevented from performing important duties and official responsibilities like Friday prayers,” Anjuman Auqaf said, due to which a large number of people who come from distant areas to Jama Masjid Srinagar for Friday prayers and benefit from the preaching of Mirwaiz-e-Kashmir, have to continuously return disappointed.

Meanwhile, special prayers were organised in the Jama Masjid Srinagar to remember the services of Abdul Rauf Dalal, a leading jurist, the Mirwaiz family’s well-wisher and friend of Shaheed-e-Millat, on his death anniversary—(KNO)