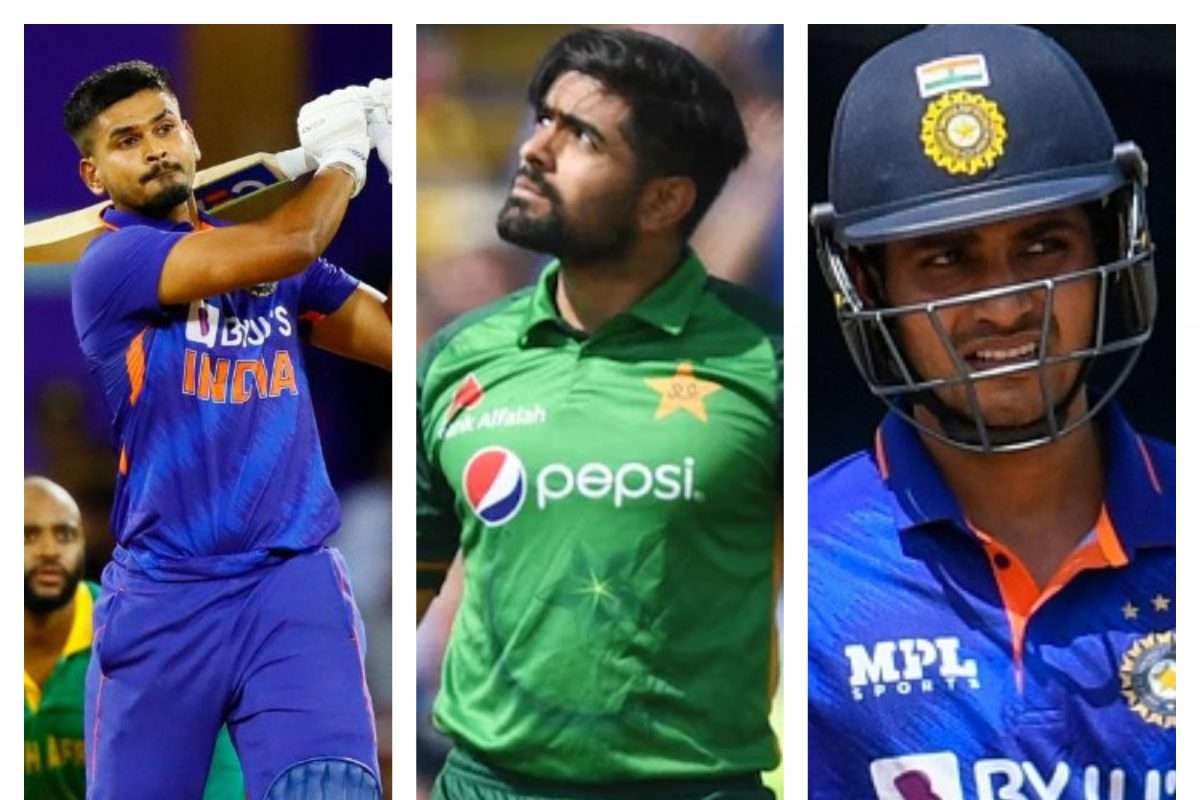 Meanwhile, we have picked out ODI eleven of the year which sees as many as three Indians. This is in complete contrast to the Test team which had just Rishabh Pant.

It was the year of the turmoil as far as ODI cricket was concerned. With the advent of T20 cricket, and the nostalgia of the Test match cricket reaching an all time high, the 50 over cricket took a major hit when suddenly players chose to drop out from it altogether. Ben Stokes was a major example who had chosen to opt out of the ODI circuit as he had to look after his interests in the shortest format. Moreover, he was also named England Test skipper. All in all, in a T20 world cup year, ODI cricket took a back seat; nonetheless, it still held sway with fans thronging the stadium to enjoy white ball excitement.

Meanwhile, we have picked out ODI eleven of the year which sees as many as three Indians. This is in complete contrast to the Test team which had just Rishabh Pant. Here is News 18 Cricketnext’s ODI eleven

Babar Azam(Captain): With 679 runs in just 9 innings, Babar was always going to be our top pick for the spot of opener. His average is a stupendous 84 and strike rate being close to 91. He accounted for three centuries throughout the year: 114 and 105* against Australia in Lahore and 103 versus West Indies in Multan. Besides his batting skills, he becomes an obvious choice for the leadership role since his superb scores made sure that India ODI skipper Shikhar Dhawan wasn’t considered in the first places

Shubman Gill: Young Gill has played some outstanding cricket to win over lots of his fans. Playing his first ODI match in West Indies in July, he slammed a solid 64 and then continued his good form throughout the season, scoring 638 runs in 12 ODIs at an average of 70.88 and a strike rate of 102.57. Gill scored 98* against the West Indies in Port of Spain and 82* and 130 against Zimbabwe soon after.

Shai Hope(Wicket-Keeper): Shai Hope is perhaps one of the most underrated modern-day batters in the world. His excellent technique makes sure that he plays under the ‘v’. Throughout 2022, his more-than-average form continued as he accounted for 709 runs in 21 matches with an average of 36 and a sufficient strike rate of 75. He went onto score three centuries which came against Netherlands, Pakistan and India.

Shreyas Iyer: Iyer, who was constantly ignored for T20Is, made sure he make the most of his ODI specialist role, slamming 724 runs at an average of 55.69 and a strike rate of 91.52 in the 17 matches. His century against South Africa was a match-winning knock where he saw his team through with an unbeaten 113 in Ranchi

Tom Latham: With 558 runs in just 15 matches, Latham played his role in the middle for New Zealand with all the perfection. His strike rate stood at 83, but his batting average was close to 53 which came with two centuries—140 vs Netherlands and 145* against India. At 5, he is quite well equipped to play through the middle overs, especially blunting any spin attack in the world.

Sikandar Raza and Mehidy Hasan: Zimbabwe’s Sikandar Raza and Bangladesh’s Mehidy Hasan Miraz occupy the two all-rounder slots. Raza was outstanding with the bat, hammering 645 runs in 15 matches at an average of 49.61 and a strike rate of 87.16. He scored three tons in the year – two against Bangladesh and one against India. Meanwhile, Miraz claimed 24 scalps in 15 ODIs at an average of 28.20 and an excellent economy rate of 5.44. Moreover, he played a key role in Bangladesh’s ODI series win over them.

Akeal Hosein: Hossein is possibly a new breed of wrist spinners who can bowl as flat as it can get. The batters usually find it extremely difficult to get under the ball and launch him for a six. The Trinidad and Tobago cricketer is an effective white ball tweaker and his 2022 stats are a testament to this fact where he accounted for 30 wickets in 20 ODIs with a superb strike rate of 21.

Alzarri Joseph: Hosein’s compatriot, Joseph accounted for 27 wickets in 17 games. He was constantly among the wickets especially against quality oppositions like New Zealand, India and Pakistan. He picked up a wicket every 33 balls.

Mohammed Siraj: Siraj bowled a terrific over against West Indies in the dying stages of the first ODI in July. Despite a less-than-average IPL, Siraj again proved that he is quite capable to absorb the pressure of white ball cricket and deliver effectively. He accounted for 24 wickets in 15 ODIs with an outstanding strike rate of wickets per 30 balls.

Read Aslo  ‘Hajj dues can be paid in up to 3 installments’: Hajj Ministry

Trent Boult: Boult poses a serious challenge with the new ball and is bound to share it with either Mohammed Siraj or Alzarri Joseph in the side. Usually he picks wickets every 30 balls, but this year it saw huge spike as he picked a wicket every 18 balls which shows the kind of form the Kiwi was in. He went onto pick 18 wickets in just 6 matches at an impressive economy of 4.