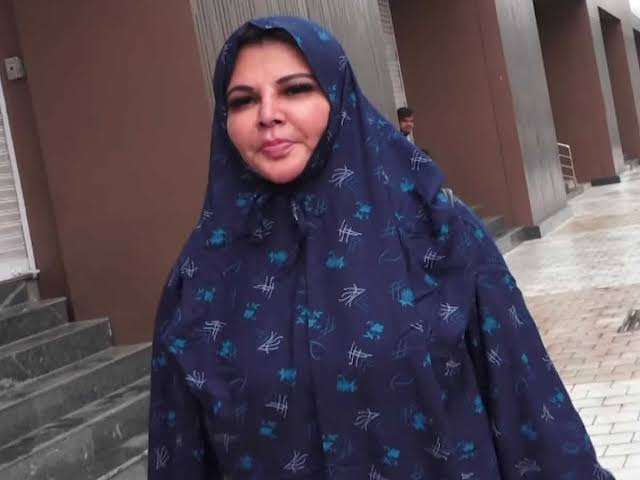 Rakhi Sawant changes name to Fatima after her wedding with beau Adil Durrani. See inside

On January 11, the pictures of Rakhi Sawant and Adil Durrani’s supposed secret court marriage went viral on the internet, the Bigg Boss fame recently confirmed any such development.

Media reports suggested that Rakhi and Adil got hitched in a low-key court wedding, away from the media and the public glare. But, what captured our attention is that the star has also changed her name.

Rakhi changes her name after Nikaah
During her nikaah with her long-time boyfriend Adil Khan Durrani, Rakhi Sawant seems to have changed her name too. As per the exclusive marriage certificate procured by Telly Talk, Rakhi is now Rakhi Sawant Fatima.

However, earlier today ( January 11 ), a pic featuring Rakhi in bridal wear with Adil Khan went viral. The duo could be seen holding on to a marriage certificate further the actress confirmed that they seem to have tied the knot. However, Adil denied any such developments.

She has broken her silence on the same and the reality TV star has confirmed that she is indeed a married woman and even has the receipts to prove it, including a marriage certificate. She broke down into tears while talking about her marriage with her beau Adil.

For the unversed, Rakhi Sawant and Adil Durrani have been garnering the limelight for a while now.

It was after her split with Ritesh that Rakhi revealed she is in love again. While speaking to the paps, Rakhi video-called Adil to introduce him to the world. Since then, the two have been spotted together multiple times

Rakhi was previously married to Ritesh and the two were seen together on Salman Khan’s Bigg Boss 15. Soon after the show, they called it quits.