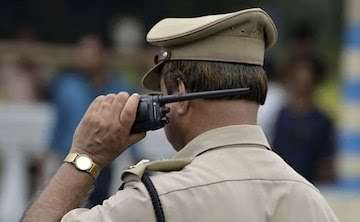 Bengal Man Kills Wife, Chops Body, Throws Parts In Canal: Police
The head and the torso of the victim were put in two different sacks and were drowned in a canal, police claimed quoting the husband’s alleged admission

Jalpaiguri (WB): A man was taken in custody after he allegedly admitted to killing his wife and cutting the body in two pieces before drowning sacks holding these in a canal in the north Bengal town of Siliguri to avoid detection, a police officer said on Thursday. The man made the admission during interrogation, 10 days after his wife went missing, the officer said.
Suspecting that his wife Renuka Khatun was involved in an extramarital affair, Mohd Ansarul allegedly strangled his wife before chopping the body into two pieces, the police officer said.

The head and the torso were put in two different sacks and were drowned in Mahananda canal, the police claimed, quoting the husband’s alleged admission.

A search with the assistance of divers was on to locate and retrieve the body pieces, the officer said.

The alleged murder of Renuka reminds one of the killing of Shraddha Walker and chopping her body into 35 pieces by her live-in partner Aftab Poonawala in Delhi.

It also brings to one’s mind the killing of a man and chopping the body into six pieces allegedly by his son and wife at Baruipur in South 24 Parganas district of West Bengal in November last year.