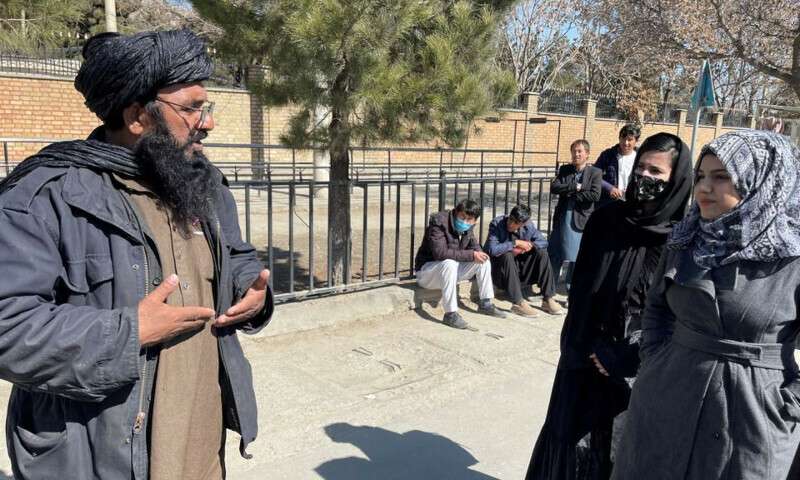 KABUL: The Taliban has ordered an indefinite ban on university education for Afghan girls, according to a letter by the Taliban’s higher education minister.

“The Ministry of Higher Education in a letter has ordered the suspension of higher education for female students in Afghanistan until the next announcement,” Afghan agency TOLO news said in a tweet.

The Taliban took over Afghanistan in August 2021 and imposed policies severely restricting basic rights–particularly those of women and girls, according to Human Rights Watch (HRW).

The Islamic group dismissed all women from leadership posts in the civil service and prohibited girls in most provinces from attending secondary school.

Taliban decrees prohibit women from traveling unless accompanied by a male relative and require women’s faces be covered in public–including women TV newscasters.

On Monday, UN Secretary-General Antonio Guterres emphasised the need for the inclusion of all ethnic groups in the power structures in Afghanistan and said it is important that all ethnic groups are represented.

He also stressed the need to ensure human rights in Afghanistan, in particular women and girls’ rights, the right of women to work, the right of girls to attend school at all levels.

“We have different ethnic groups, and it’s important that all ethnic groups are represented. A second aspect in relation to human rights, in particular women and girls’ rights, the right of women to work, the right of girls to attend school at all levels without discrimination,” he added.–(ANI)