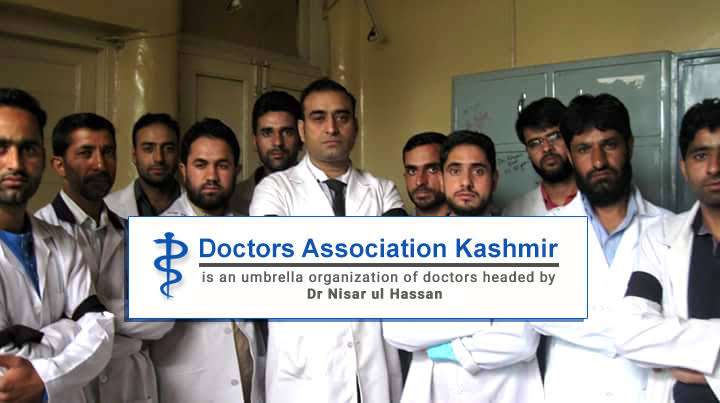 Srinagar, Dec 19 : The government has failed to implement the Chawla committee recommendations suggesting a ban on private practice by faculty of medical colleges in Jammu & Kashmir.

The government constituted the committee comprising medical experts and headed by Prof Y K Chawla, former Director PGI, Chandigarh, to assess improvement in medical facilities in Jammu & Kashmir. The committee had recommended a blanket ban on the private practice of faculty of medical colleges in the union territory and said it should be banned in principle and made an offence.

The committee had suggested a number of measures for better patient care services across J&K hospitals, saying the doctors are not involved in research. “It has been observed that faculty of medical colleges who are practicing don’t develop research and academics. Therefore, the private practice should be banned in principle,” the committee had recommended.

Around a year has passed since then, but the government is tight-lipped and has failed to implement the recommendations on the ground.

Abdul Qayoom Wani, chairman of the Civil Society Forum while talking to the news agency—Kashmir News Observer (KNO) said if the government really wants to make the health sector accountable and improve patient care, then they must ban the private practice of doctors at any cost.

“Doctors must be given due perks but they must not be allowed to do private practice and it is the poor patient who is suffering while financially sound people can afford any private hospital,” Wani said.

He said that poor patients have to wait for months together to get their turn for treatment and till then the condition of the patient deteriorates. “Besides, the operation centre must function in every hospital 24×7 and senior doctors must remain available,” he said, adding that hospitals shouldn’t be handed over to students after 4 pm.

Wani said the government must segregate both sectors so that these will flourish and people can get better treatment in the private as well as the government sectors.

Several doctors and activists KNO spoke to said that when doctors work in both sectors, they are unable to deliver well and the poor patients are at the receiving end.

They said that a large number of doctors in Jammu & Kashmir have neither government jobs nor do they get opportunities to establish themselves in private hospitals. “On the other hand, many government doctors despite getting handsome salaries engage in private practice, thus taking the share of the unemployed doctors who are forced to leave for other states in search of a job,” they said.

By indulging in private practice, the government doctors get overburdened and this definitely affects the quality of services provided to patients as well as the mental and physical health of doctors who don’t get enough time for themselves, they added.

Dr Nisar Ul Hasan, president of the Doctors Association of Kashmir, told KNO that the private practice of doctors is “definitely taking a heavy toll” on patient care, medical research and education.

“Private practice, especially in medical colleges, should be immediately banned as there is no provision of private practice as these aren’t only centres of patient care but centres of medical education and research. A faculty member after getting appointed full time for three assignments – patient care, medical education and research, he/she starts doing private practice and then is unable to do justice with the three tasks for what a huge salary and other perks are paid,” he said.

Dr Nisar said most of these faculty members spend their time in private hospitals and very less time is being given to medical education and research due to which we are unable to produce quality doctors. “Government doctors are government servants and permitting private practice is bound to affect the discharge of their official duties,” he said.

The DAK president added, “Government claims that faculty members are doing private practice in their spare time. This spare time is for rest and doing justice to the job; but when doctors spend the so-called spare time in private practice, they just attend medical college for relaxing and refreshing themselves and are unable to perform the job in a justified way. This is the main reason that poor patients are even given dates for consultation, and for procedures, they have to wait for months together, and a situation is being created where these poor patients are forced to visit them in a private clinic where doctors give their whole attention to them.”

These faculty members must be given choice either to choose government or private sector so that they can do justice with their job and patient care will become better in both sectors, Dr Nisar said.