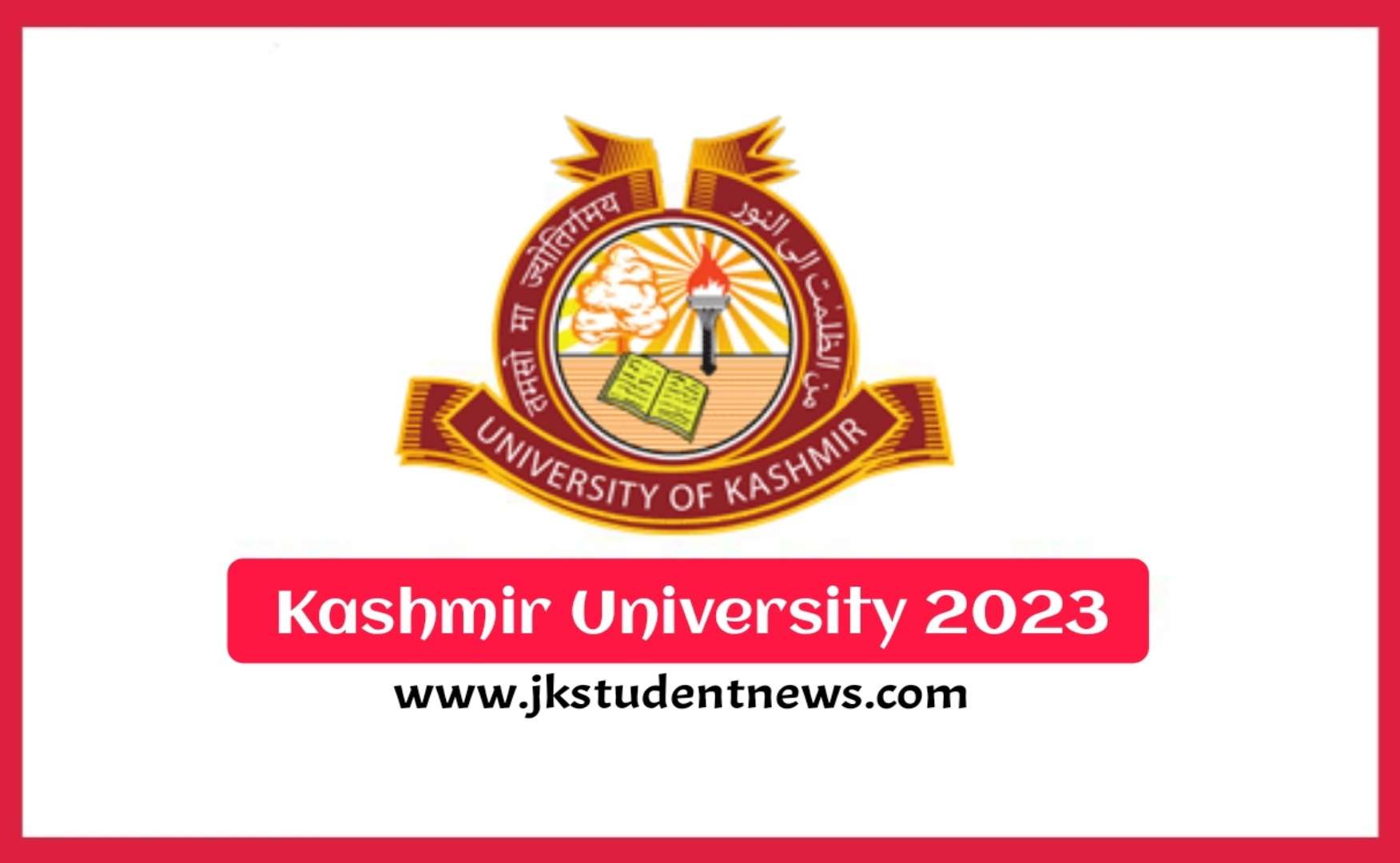 Syllabus for P.G Entrance in Gender Studies for the Session 2023-2024

Note: M.A Gender studies is a Social Science course, Gender Studies is a field for interdisciplinary study devoted to gender identity and gendered construction as centre categories of analysis.

This field includes Women’s Studies (Concerning Women Feminism, Gender and
Politics). Gender Studies critically analyses the themes of gender performance and power in a range of social spheres, such as education, law, culture, work, medicine and the family.

Thus thesyllabus framed for the entrance test will cover topics from varied disciplines of gender studies.

The paper will be set as per pattern of PG entrance test paper of other disciplines conducted by this university. 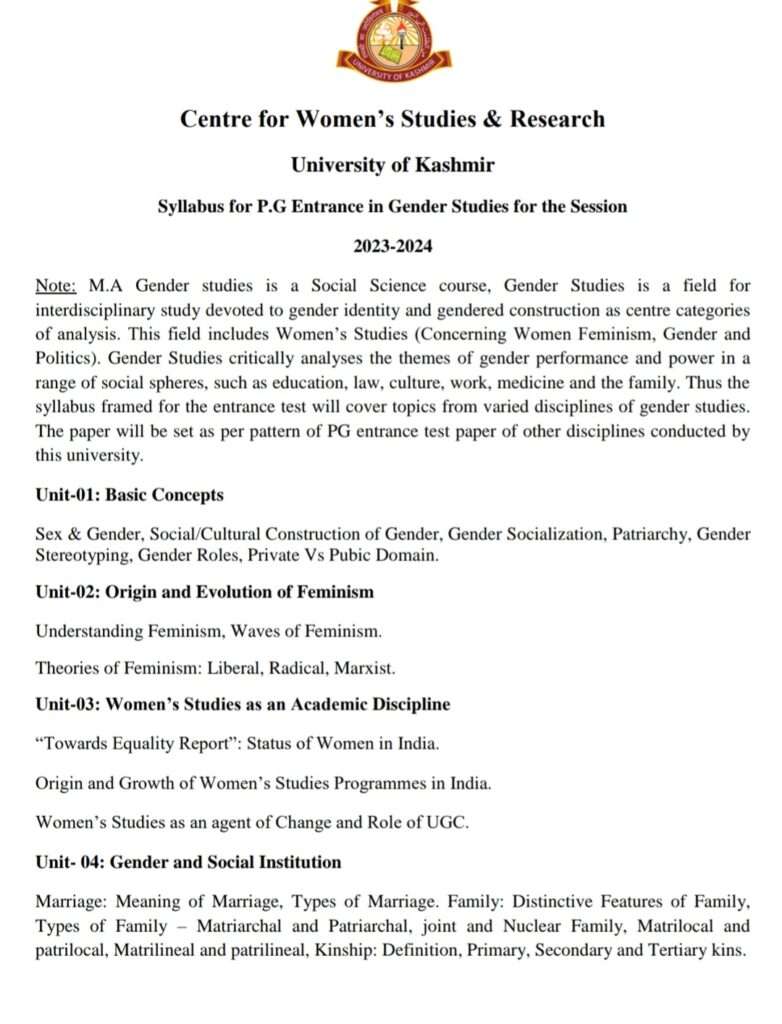 Read Aslo  MeT Rules Out Heavy Snowfall on This Date

and State as Structures of Patriarchy.

Female Literacy Rates in the context of India with Special focus on Jammu and Kashmir.

and Kashmir), Women during Anti-Colonial/Nationalist Movements, Present Status of Women

Unit – 10: Laws and legislations of Women in India