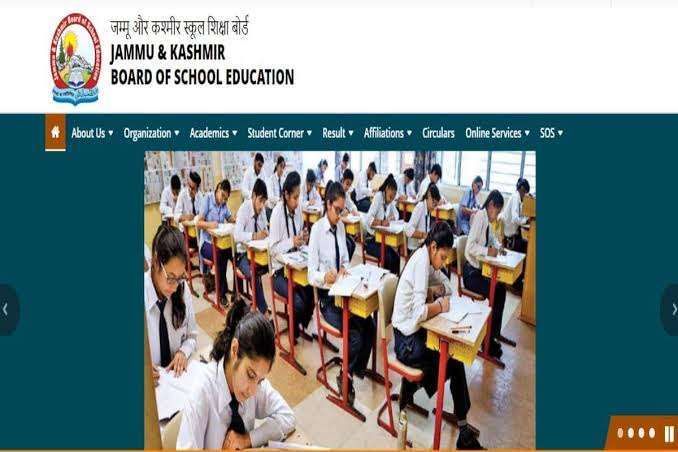 Big Update! JKBOSE Class 10th to 12th Exams to Begin From This Date

The Jammu and Kashmir Board of School Education (BOSE) Saturday announced tentative date sheets for annual regular examination of classes 10th to 12th commencing from March–4 for soft zone and April-08 for hard zones.

This is for the first time, students of Jammu and Kashmir will appear in the annual regular board examination in March and April session respectively.

The official records available with the news agency—Kashmir News Observer (KNO) states that annual regular exams of class 12th in soft zones tentatively will commence from March-04 while in hard zone the exams will commence from April-08. 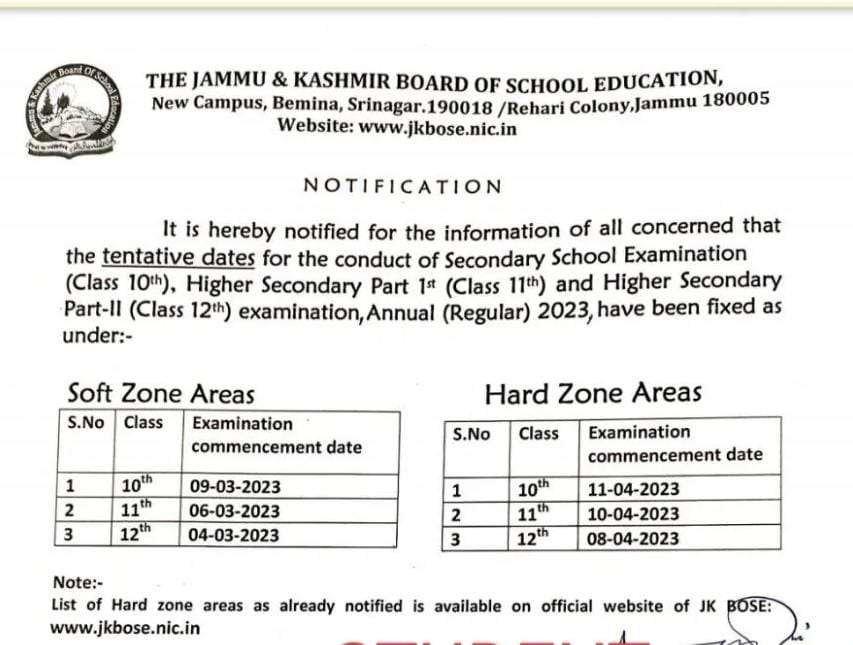 Similarly, the BOSE has said that is likely to hold annual regular exams of 11th standard from March-06 in soft zones and April-10 in hard zones respectively.

Likewise, the exams of 10th standard are likely to commence from March-09 while the exams of hard zones will begin from April-11

The Board of School Education (BOSE) has identified 444 such schools in the both divisions of Jammu and Kashmir for which annual regular examinations will be held in the month of April instead of March.

Besides, the Board has also declared the whole Leh district of Union Territory of Ladakh as a hard zone and has accordingly directed to conduct the exams in the Month of April—(KNO)