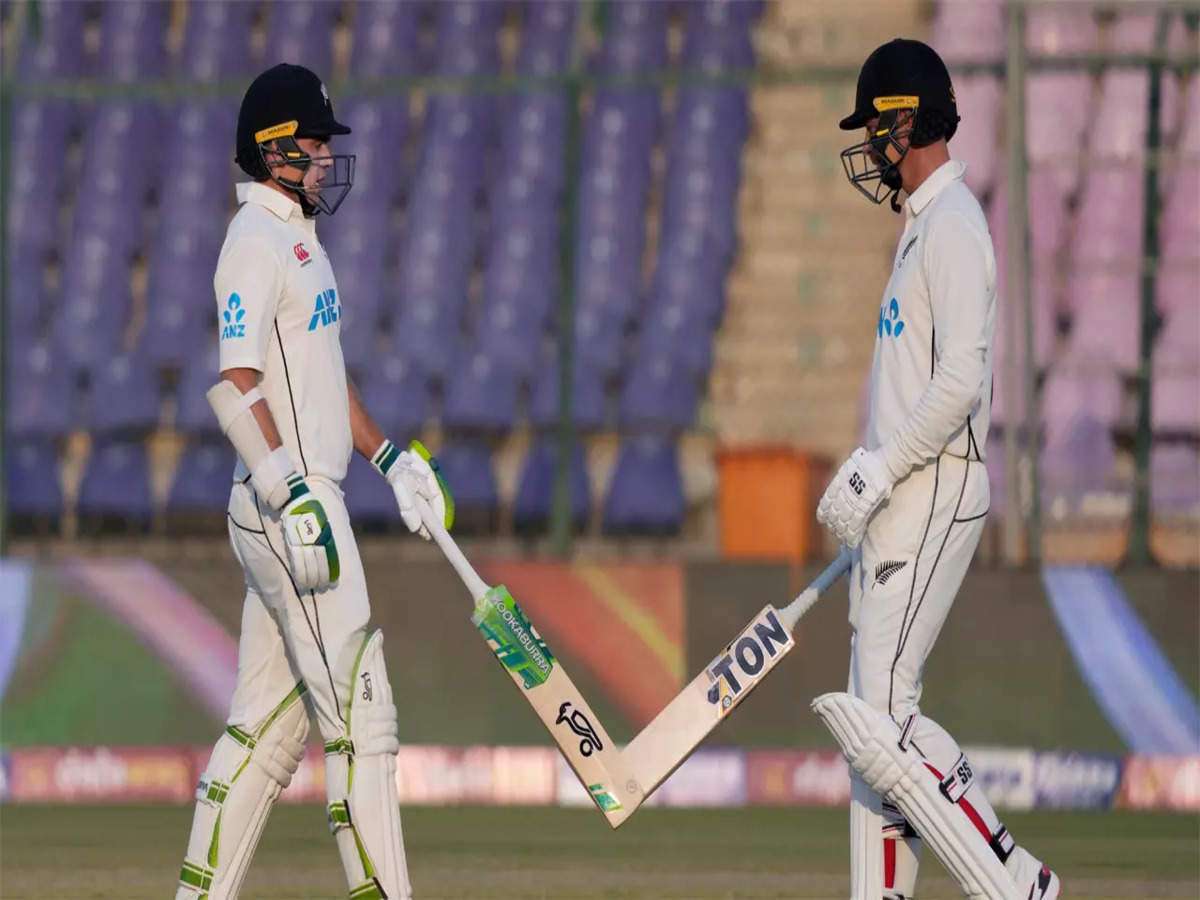 Get live cricket score updates of the match between Pakistan and New Zealand. Check live scorecard, ball-by-ball commentary, and cricket score online on Times of India.

Let’s throw some spotlight on the centurions. Babar Azam was dropped on 12 by Daryl Mitchell and he went on to make 161 runs. His departure in the first over of Day 2 was a big moment as it allowed New Zealand to make a comeback. Agha Salman’s ton along with his expertise to bat with the lower order was also one of the highlights for Pakistan. For the Kiwis, Tom Latham stroked a fabulous hundred and then Kane Williamson put on a resolute show with the bat and reached his fifth double century. He too was granted a life when he was on 21 as Sarfaraz Ahmed failed to do the stumping. Have to say, the flaws in this game played a big role in making it interesting.

Pakistan lost out on many counts. It was a bizarre approach from them on the first morning of this Test where they threw away four wickets. Babar Azam’s superlative knock and his partnership with Sarfaraz Ahmed rescued them but the Kiwis bounced back on Day 2 and restricted them under 450. With the ball, Pakistan struggled to pick wickets at regular intervals, and by forming handy partnerships, New Zealand managed to earn a 174-run lead. Not to forget plenty of opportunities that Pakistan missed on the field, be it while going for the catch, inflicting a stumping or showing alertness to take the DRS.

It’s a well-fought Test match! Both teams had their say, and it’s New Zealand who took the initiative on Day 4 when this game was hanging in the balance. Kane Williamson’s masterclass with the bat and his century stand with Ish Sodhi put New Zealand on top, and Sodhi then took that confidence into his bowling and picked up a 6-wicket haul – his best Test bowling figures in an innings.

There were many great innings in this Test but the knock of Saud Shakeel and his partnership with Mohammad Wasim was the one that saved this Test match for Pakistan, and can be counted as the most impactful one. Mir Hamza’s long stay at the crease cannot be ignored either.

Pakistan are relieved! They have come out of this Test match unscathed. Babar Azam took a chance by declaring and setting a target but the way New Zealand responded scared the home team. Had the fading light not interfered, we were heading towards a thrilling finish.

Another reading is being taken. A quick check from Aleem Dar. He has a word with Alex Wharf. The light is found to be inadequate. Babar Azam has a smile of relief on his face. Latham is having a word with the umpires. Now, the players shake hands and this TEST MATCH ENDS IN A DRAW!