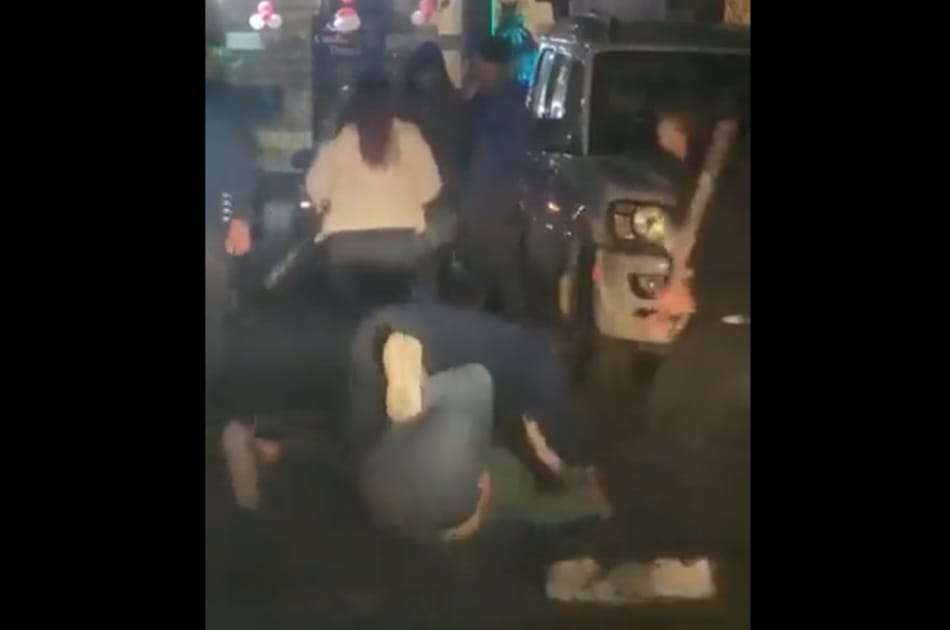 Uttarakhand: Group of college girls fight each other in the middle of the road in Roorkee, video viral | WATCH

A video of a group of girls fighting with each other in the middle of the road and creating a ruckus has gone viral on social media.

The now-viral video is being said to be from Roorkee in Uttarakhand and the girls seen in the video are students of a private college in Haridwar.

In Roorkee Tehsil of Haridwar district, on the night of Saturday December 24, a group of college girls created a lot of ruckus. Three to four girls are seen beating up a girl fiercely on the middle of the road over some issue

The matter is being reported in front of Hotel Centre Point of Civil Line Kotwali area of Roorkee. The crowd present on the spot also saw these girls fighting with each other but no one is seen interrupting the matter. Someone made a video of the fight and made it viral on social media.

In the video, 3 to 4 girls surrounded a girl in the middle of the road and beat her. One of them is thrashing a girl with a stick. This video of the fight has become viral on social media.

In the viral video, girls are seen thrashing a girl with sticks in the middle of the road. Many people are also watching this high-voltage drama of girls on the middle of the road. During this, there was a situation of traffic jam for some time. However, later, seeing the crowd of people, all the girls ran away from there. It is being told that all the girls study in a private college.

The viral video is said to be in front of a private hotel in Civil Line Kotwali area of Roorkee. However, the police have no information about this yet. Inspector in-charge of Civil Line Kotwali Devendra Chauhan says that he neither has any such information nor has he received any complaint regarding the matter. After receiving the complaint, investigation and action will be taken, he added.